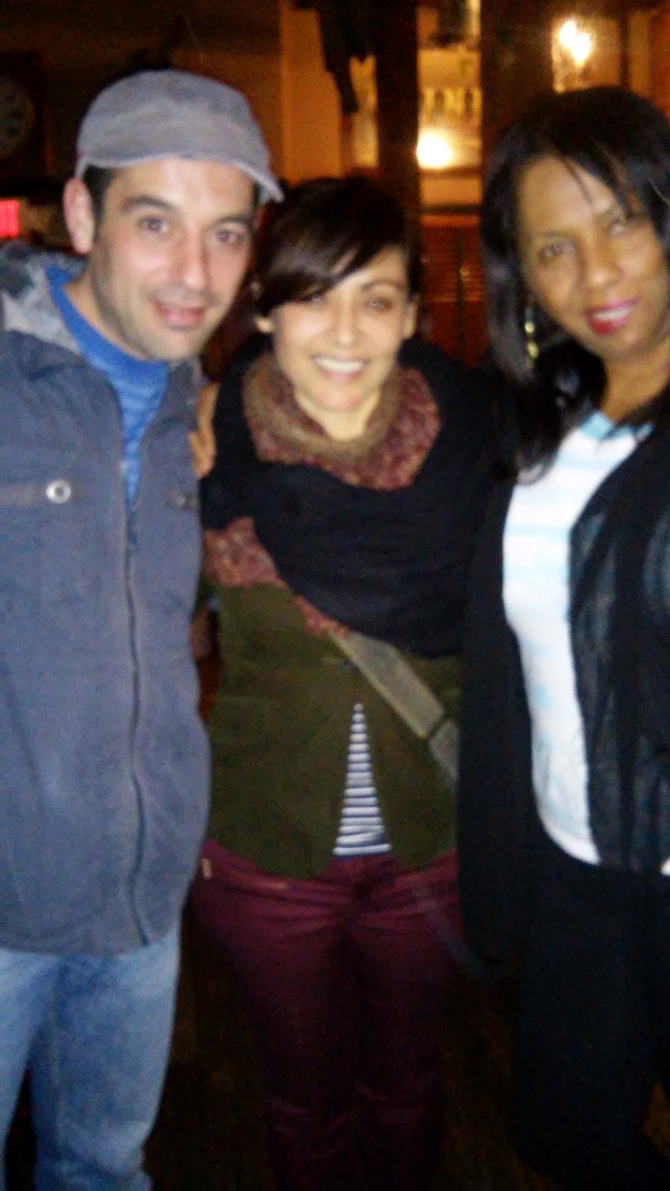 Oh Man!! So much has happened upon my return to the United States. The adjustment has been seriously cray cray at times, but I am starting to gain my bearings. I arrived the day after class had begun and was dealing with a bunch of emotions particularly related to leaving my new friends and family in Chile. However, thank God for Skype and Facebook as we have been keeping in touch daily through those mediums or simply via email.

I initially was not awarded another graduate assistantship from my department at the beginning of the fall semester last year. I was initially a little anxious about that, but as per usual, the Lord came through for me and I had little to no financial difficulties maintaining myself in Chile. I want to give a serious shout-out to my committee Chair (Dr. Sandmann), academic adviser and mentor. She recommended me for a position in the Office of Service-Learning on our campus. They had an untimely departure of another woman who took a faculty position at Spelman College in Atlanta (which was her alma mater). So win-win-win for everyone!! I interviewed with the director and my background and credentials fit perfectly with both our needs. I will be working with a community engagement program that is a cooperative venture on behalf of Clarke County School District (CCSD) and UGA. It is a pre-collegiate program to turn the students attention toward matriculation at a university (and of course we hope it to be UGA). The director also informed me that they would make space for me to incorporate my civic engagement scholarship as well. How very exciting!:)

So, as a result of getting this graduate assistantship opportunity I needed to pick up more credit ours (which the university pays for). I was also able to audit a Spanish conversation and composition course, which would have been next in the series of classes I would have taken had I continued in the Romans Language Department. My dream is to return to Chile to teach at a university part of the year and then do part of my academic professorship in the United States. Therefore, it was important that I don’t lose track of my Castellano Spanish more general and Spanish more specifically as I was no long in an immersion environment.

My first thought as always was to contact my old Profesor Clarke who he and his family have been so supportive of me and my efforts in Chile. I also contacted Professor Correa-Díaz who is a constant support to me as well here at UGA. I meet with Holley Smith who helped me select a class after explaining to her my situation and goals. She informed me about a weekly Spanish language table of folks who meet at The Globe restaurant in downtown Athens. Now get this… the woman who is the lead organizer of the table is Chilean!! Now you know only God orchestrates like that. :)

So I attended the first session this past Thursday and had the best time. I will continue with this in addition to my class to help prepare me for my career plans. Above is a picture of us from last Thursdays. The man’s name is IIKay and he is a true polyglot. Born in Germany to Turkish parents, he can speak French, German, and is now learning Spanish. I told him that Portuguese and French are my next language goals. The beautiful leader of our group is Ximena Gonzalez-Parada and she is a super-awesome person. I felt so at home and connected with her and we are now Facebook friends as well. I asked her for this picture to lead of the new season and transition of “The Chilean Chronicles Deuxième Partie”. I used Google translator to spell Part two in French. I hope it is correct. lol

So please keep following the blog and comment as you feel moved to do so.